Less than two weeks ago I posted a blog entitled “It’s A Small World” discussing my Beattie/Rankin connection.  Since then I’ve been able to meet with Mr. Rankin’s son, who is my 3rd cousin 1x removed.  He has entrusted me with an old family photo album.  Another of those little “gifts from the universe” that I seem to come across regularly since researching my family tree! 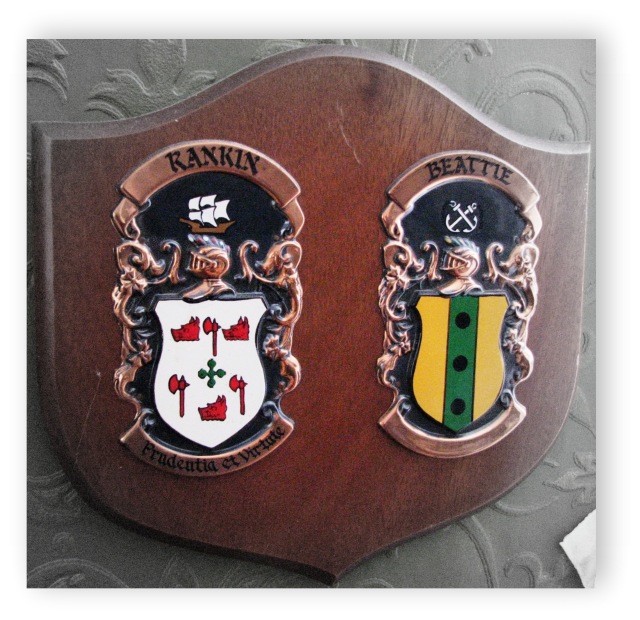 Beattie/Rankin Coat of Arms… the little plaque that “started it all”! 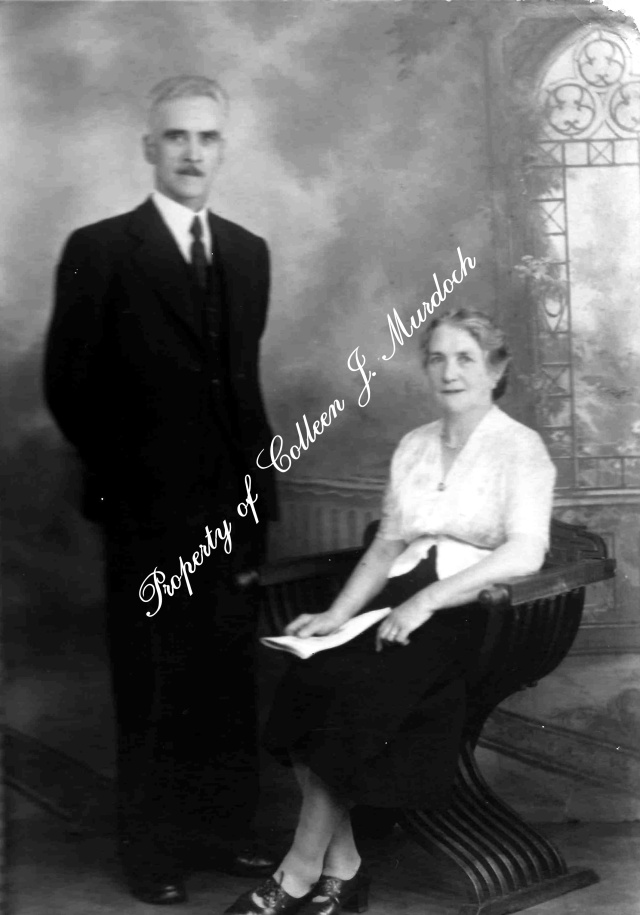 Charlotte & Mr. Rankin seniors’ mother was Jane Beattie; who was the daughter of Samuel Beattie.  Samuel and my 2nd great grandfather were brothers.  It would seem the Beattie’s hailed from Donegal, at some point moving to Londonderry.  William Rankin’s father was David; they were Londonderry people.

Mr. Rankin immigrated to Canada at the age of 19; he was traveling alone onboard the S.S. Letitia as per family history.  Unfortunately, I have yet the find the ships manifest of his travels.  So, another story to be continued… 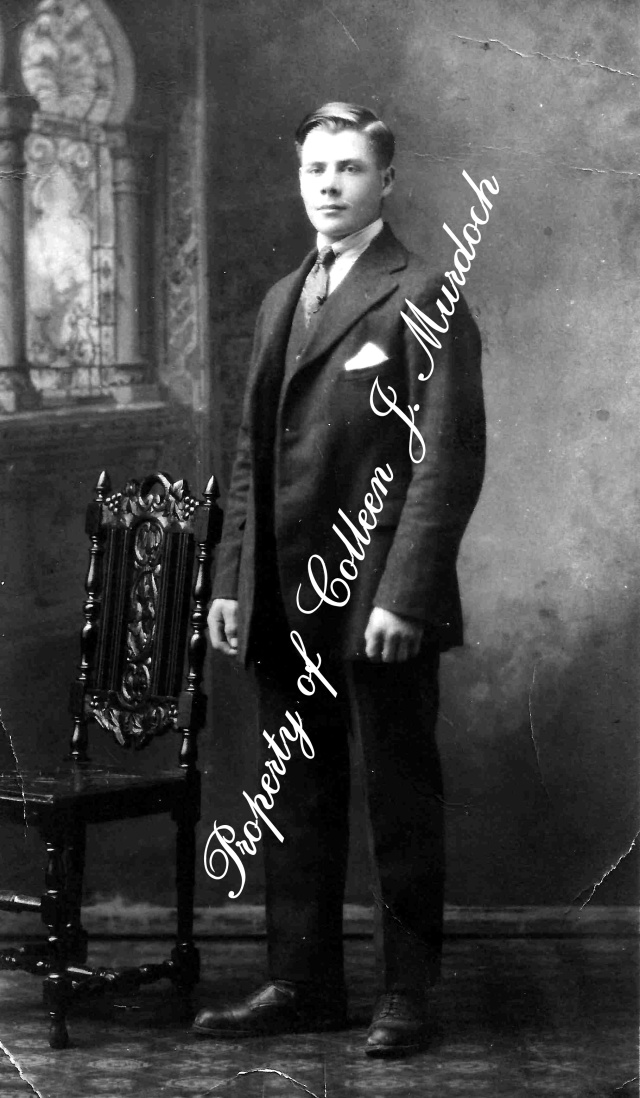 Looking For "Dead People"! My Journey Back In Time - Tracing my ancestors and researching the counties, cities and towns where they resided. Taking a “Glimpse” into their lives and stories and the times in which they lived; all in an effort to learn about their “Dash”! “I read of a man who stood to speak at the funeral of his friend. He referred to the dates on her tombstone from the beginning – to the end. He noted that first came the date of her birth and spoke of the second with tears, but he said that what mattered most of all was the dash between those years.” I have always been interested in researching my family tree and “hanging out” in cemeteries. Like most of us... I didn't ask enough questions when elderly family were still living. Oh, what I would give for 24 hours and a camera with my ancestors… just to sit and listen! I'm researching many family lines, including: Murdoch, Wilson, Berry, Love, Scott, Beattie/Beatty, Hendren, Sweeney, Robinson and Elvin; just to name a few. My families are predominantly from counties Antrim, Donegal and Londonderry. However, it seems that many of them, both maternal and paternal lines, originally hailed from Co. Donegal. I was born and raised in Northern Ireland and now live in Ottawa, Canada, making frequent trips back home to visit with my family. Of course those visits also include treks to the many burial grounds of my ancestors. My most recent trip back home was during the summer of 2019! Looking forward to August of 2020 when I will return. If you are interested in help tracing your ancestors I’d love to hear from you!
View all posts by CJ Murdoch →
This entry was posted in Co. Londonderry, Family History, Geneaology, Ireland and tagged Beattie Family - Maternal Line, Co. Londonderry, common ancestors, Family History, Mulhern Family, Rankin Family. Bookmark the permalink.

19 Responses to The Beattie/Rankin Connection