Stepping Back In Time!

On my most recent trip back home in the summer of 2014 I had no idea of the unexpected treasures, revelations and surprises I would come across on this particular trip.  I had an invitation to the Quaker Archives, an unexpected meeting in a graveyard; and a visit with “new” relatives who greeted me as if we had always known one another.  Those are stories for another time… 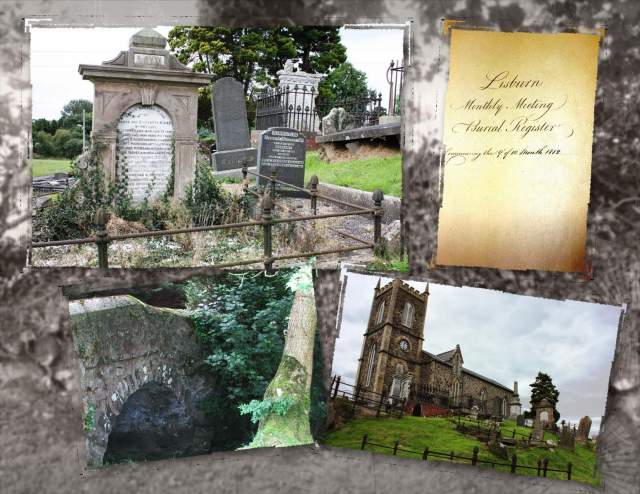 One beautiful summer evening, while staying in Upper Ballinderry, Co. Antrim; I went to visit the Ushers who are dear friends of my aunt.  In fact, the Ushers are not only family friends, they are family too; having a connection that goes back to the mid 1800s.  Harriet Hendren, who is my 2nd great grand aunt; married George Usher in the Derriaghy Church of Ireland in 1856.  One of Harriet’s sisters was Mary Agnes (Hendren) Scott; who is my 2nd great grandmother.  Mary’s daughter and my great grand aunt, Fanny was a frequent visitor at the Usher home; and was visiting when the 1901 Census was taken. 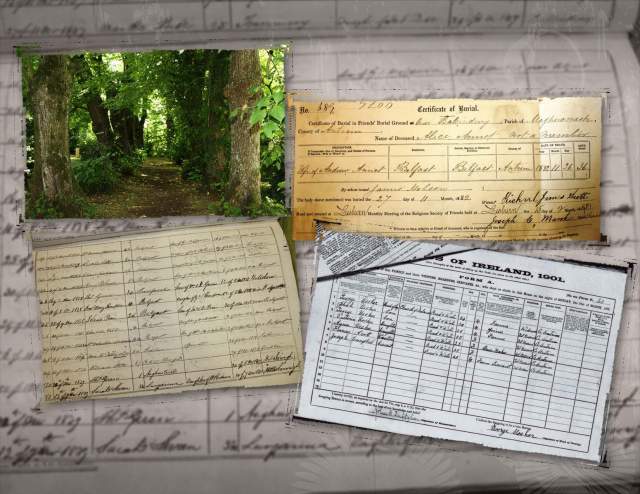 As Mr. Usher is also interested in genealogy we had much talk about and a lot of information to share!  We discussed many of our family, and as the conversation progressed I mentioned John Edward Usher!  Mr. Usher said, “I have a framed photo of him in my dining room”!

John Edward is my first cousin 3x removed; I was standing in the house that he was born and grew up in, the same house that his father before him was born in!  He was one of six children born to George Usher and Harriet Hendren.

When we entered into the beautiful dining room; it was like stepping back in time.  The furniture was magnificent; many of the pieces where family heirlooms.   Seeing the portraits of John Edward and his sister in law Maggie Belshaw was an unusual feeling.  “Attaching” a face to the lives that I had discovered… well it’s was somewhat of a “full circle moment”. 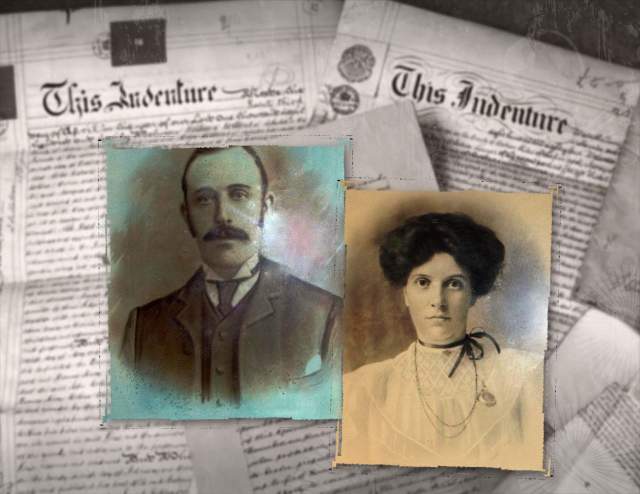 Mr. Usher brought out a “treasure trove” of documents; some of which date back to the mid 1800s.  He graciously offered to let me bring them back to Canada; an offer I just could not accept.  So, we compromised – I borrowed them and spent hours photographing every single page of every document.  It will take me years to transcribe the information; something I am certainly going to enjoy.

With this trove of treasures I’m sure I will be adding more Twisted Limbs and Crooked Branches to my ever expanding family tree!

Looking For "Dead People"! My Journey Back In Time - Tracing my ancestors and researching the counties, cities and towns where they resided. Taking a “Glimpse” into their lives and stories and the times in which they lived; all in an effort to learn about their “Dash”! “I read of a man who stood to speak at the funeral of his friend. He referred to the dates on her tombstone from the beginning – to the end. He noted that first came the date of her birth and spoke of the second with tears, but he said that what mattered most of all was the dash between those years.” I have always been interested in researching my family tree and “hanging out” in cemeteries. Like most of us... I didn't ask enough questions when elderly family were still living. Oh, what I would give for 24 hours and a camera with my ancestors… just to sit and listen! I'm researching many family lines, including: Murdoch, Wilson, Berry, Love, Scott, Beattie/Beatty, Hendren, Sweeney, Robinson and Elvin; just to name a few. My families are predominantly from counties Antrim, Donegal and Londonderry. However, it seems that many of them, both maternal and paternal lines, originally hailed from Co. Donegal. I was born and raised in Northern Ireland and now live in Ottawa, Canada, making frequent trips back home to visit with my family. Of course those visits also include treks to the many burial grounds of my ancestors. My most recent trip back home was during the summer of 2019! Looking forward to August of 2020 when I will return. If you are interested in help tracing your ancestors I’d love to hear from you!
View all posts by CJ Murdoch →
This entry was posted in Co. Antrim, Family History, Geneaology, Ireland and tagged Co. Antrim, Family History, GeneaBlogger Daily Blogging Prompt, Hendren Family, Ireland, Quaker Records, Scott Family, Usher Family. Bookmark the permalink.

8 Responses to Stepping Back In Time!