Born in Drumachose, Daniel Love is my 2nd great grand uncle.  He was the eldest son and one of nine children born to John Love & Nancy Anne McAlister.  One of his brothers was John; my 2nd great grandfather who was born six years after him.

Drumachose, Limavady, Co. Londonderry is an important market town on the River Roe, at the foot of the Sperrin Mountains.  The name Limavady means “leap of the dog”; and the Parish name of Drumachose means “The Ridge of the Rent (or tithe)”.

Daniel was baptized in Christ Church Drumachose, Co. Londonderry on 10 Jan 1824; suggesting that he was born late 1823 or very early 1824.  Christ Church was one of two Churches that my Love family was and continues to be connected with; where many family baptisms, weddings and burials were commemorated.  The Church was named after the Patron Saint, Canice; who was born in the area about 517 A.D.

The Register of Marriages at St. Canice’s, Balteagh Church of Ireland shows that on 6 Feb 1849 Daniel married Mary Kyle.  His father and father in law witnessed the wedding.  Interestingly, one of his younger brothers, Matthew; would later marry one of Mary’s sisters in the same church.

He and Mary had ten children over the next twenty years; the children were born between 1852 and 1872.  It would seem that “girl power” reigned; as only two of his nine children were boys.  The Love families were farmers, many of them remaining to live and work in the Drumachose area.  In 1858 the Griffith Valuation shows Daniel leasing Plots 3A and B of 15, just over 15 acres; from the Marquis of Waterford.  In 1863 records indicate that Daniel transferred these same plots to his brother Johnson. 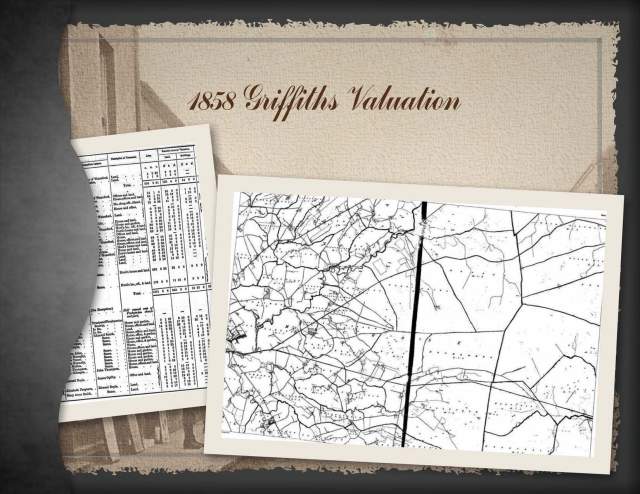 In late March or early April of 1873 Daniel, along with his wife and six of their younger children; set sail on the California from Moville.  The ships manifest shows them arriving in New York, via Glasgow; on 10 April 1873.  Previous records indicate that his two older daughters had emigrated to the U.S. four years prior.  A story I will relay at a later time! 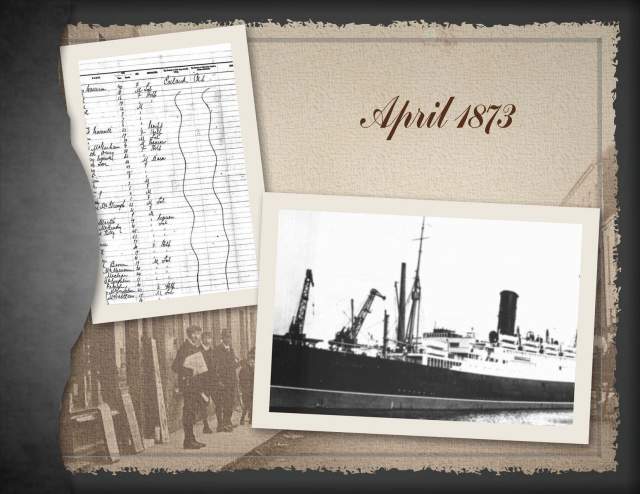 The 1880 U.S. Census reveals that the family was living in Northbridge, Worcester, Massachusetts.  While Mary kept house, Daniel and two of his daughters were working in a cotton mill; one of his sons was working at a machine shop and the other children were still in school.

A Cotton Mill In Massachusetts – Is this where Daniel may have worked?

Just over ten years after the family traveled across the Atlantic from Drumachose, via Moville and Glasgow; finally reaching their destination in the “New World”; the death of Daniel Love was registered on Page 429 in the Town of Northbridge Death Register.  Daniel had died of “congestion of the brain”.  He had still been employed at the cotton mill and his death registration confirmed his mother was Nancy McAlister.

Although there is a Love Family Plot in Limavady, it would seem that Daniel wasn’t brought home.  His burial ground remains a mystery.

Looking For "Dead People"! My Journey Back In Time - Tracing my ancestors and researching the counties, cities and towns where they resided. Taking a “Glimpse” into their lives and stories and the times in which they lived; all in an effort to learn about their “Dash”! “I read of a man who stood to speak at the funeral of his friend. He referred to the dates on her tombstone from the beginning – to the end. He noted that first came the date of her birth and spoke of the second with tears, but he said that what mattered most of all was the dash between those years.” I have always been interested in researching my family tree and “hanging out” in cemeteries. Like most of us... I didn't ask enough questions when elderly family were still living. Oh, what I would give for 24 hours and a camera with my ancestors… just to sit and listen! I'm researching many family lines, including: Murdoch, Wilson, Berry, Love, Scott, Beattie/Beatty, Hendren, Sweeney, Robinson and Elvin; just to name a few. My families are predominantly from counties Antrim, Donegal and Londonderry. However, it seems that many of them, both maternal and paternal lines, originally hailed from Co. Donegal. I was born and raised in Northern Ireland and now live in Ottawa, Canada, making frequent trips back home to visit with my family. Of course those visits also include treks to the many burial grounds of my ancestors. My most recent trip back home was during the summer of 2019! Looking forward to August of 2020 when I will return. If you are interested in help tracing your ancestors I’d love to hear from you!
View all posts by CJ Murdoch →
This entry was posted in Co. Londonderry, Family History, Geneaology, Ireland and tagged Co. Londonderry, Family History, Geneaology, Ireland, Kyle Family, Love Family. Bookmark the permalink.